A People’s Manifesto for South Tyneside

Citizens Assembly South Tyneside (CAST) is putting forward this draft People’s Manifesto, which is the result of several Zoom consultations and an online survey held in the summer of 2020, for discussion and amendment by the community as a whole.

CAST believes that we need a better future for South Tyneside. The Covid-19 pandemic has exposed in the sharpest way a variety of issues and problems that need tackling as soon as possible.

These range from the quality and commitment of council leadership, the indifference of NHS bureaucrats to the desire of communities for comprehensive locally-accessible health care, town planning processes that favour commercial rather than social interests to a public transport system that is run down and expensive to use.

Of course, South Tyneside’s challenges cannot be separated from national policies. It is a fact that even by official standards, our borough is one of the poorest in England. Last year, South Tyneside was ranked 26th out of 317 local authorities across the country in terms of social deprivation. That is five places worse off than in 2015, when it was in 31st place. During that time, the central government grants to the local council were slashed by over 50%.

Our draft manifesto doesn’t claim to have all the answers. But it does offer a way forward. Working with other Assemblies and communities around the region and the country, we can move forward together.

Save Our Health Service

Yet our National Health Service is in crisis, locally and nationally. The decision to transfer maternity, women’s healthcare, paediatric and stroke services away from South Tyneside hospital is a severe blow to the community. A draft of phase 2 of the so-called ‘Path to Excellence’, says that emergency care and acute medicine, as well as emergency surgery and planned operations, are up for review by the South Tyneside and Sunderland NHS Trust.

Nationally, staff shortages, a shortfall of resources and the cost of financing previous building projects continues to take its toll not to mention the impact of Coronavirus. In addition, the NHS is burdened by having to pay over £2.3 billion a year to contractors for private-finance initiative (PFI) projects.

The Save South Tyneside Hospital Campaign (SSTHC), which has gathered over 42,000 signatures opposing the reduction in local services, warns: ”The attempt to downgrade South Tyneside Hospital is fundamentally a result of the whole direction in which the government is taking the NHS. It is deliberately reducing NHS funding, it is wrecking the NHS so it can enrich the private health corporations at the expense of our health care.”

CAST could help to raise awareness of the SSTHC through our members/distribution network and highlight what’s going on in other areas to show that South Tyneside is by no means alone. Increased awareness of the situation as a whole will further strengthen the SSTHC’s campaigns.

We will ask the chair of the South Tyneside Health Scrutiny Committee to hold a widely-publicised public meeting, to engage with the genuine concerns that people have about the future of health and social care in South Tyneside.

South Tyneside Council should be pressed to join in the campaign for more resources for the local NHS, to oppose service reductions and to decline to offer the NHS Trust financial support.

With over 6,100 children out of 22,000 pupils eligible for free school meals in the last school year, the levels of social deprivation in South Tyneside are clear. Many children start school with significant disadvantages which can continue into secondary education.

Cuts in education spending under the guise of austerity have taken their toll in every school. Total spending in 2018-19 was less than 4% of national income, its lowest level for almost two decades. A small increase in the last year has hardly compensated.

In 2007–08, 45% of government spending on the early years and childcare support was targeted explicitly at low-income families. Ten years later – despite the introduction of a new funded childcare offer for disadvantaged children – the share of spending had slipped to 27%.

In addition, 4,500 or nearly a quarter of all children of nursery or school age are identified as having special educational needs. They require more resources to ensure that they have equal learning opportunities. Yet the council shut down the existing parent-carer representative group, forcing them to set up an independent group.

We support the idea of a ‘students into schools’ scheme, where university students mentor school-age pupils. One example of these schemes is found at www.thetutortrust.org/who-we-are

CAST will campaign for affordable after-school provision in the borough, which is limited at present. We will also support ARISE which is the new parent-carer group to advocate for SEND children.

We should respond to concerns about the mental and sexual well- being of youngsters in the area with long waiting lists and lack of funding for overstretched services causing significant harm. CAST urges the community to support the ‘Healthy Minds Team’ project in South Tyneside.

We will also promote ‘Escape Intervention’ – a local initiative offering counselling, advice, guidance and support to young people and publicise online services such as those on the www.kooth.com site.

Care of our environment should be a priority for everyone, from citizens to councillors. Unfortunately, this is not always the case. Litter is a major issue in the borough, for example, and the protection of existing trees too often abandoned because of cost considerations.

Acknowledging that there is a climate emergency is a first step. Our community wants action to improve air quality, cut carbon emissions and steps to green the economy.

Following a discussion on the issue of littering at a consultation, several proposals were made –

With unemployment increasing in the borough, we are concerned that any opportunities created should be ‘quality’ jobs. The majority of the positions available in the region are minimum wage, service sector positions, mainly based in the fast- food, retail and hospitality sectors.

A new ‘Local Labour Clause’ (where companies hiring qualified personnel are required to offer a percentage of the positions to local residents) is needed.

In order to ‘grow’ our own workforce, we could look into coalfield funding and bursaries available for new social enterprises. Building co-operative enterprises are another way forward, as funding can be accessed privately and publicly.

We will support schemes to work in tandem with the Job Centre to link people to jobs and the resources they need such as transport, clothes for interviews, materials and so on.

The community should consider the creation of a ‘volunteer bureau’ where people can be helped to develop work skills. Vacant shop space can become employment opportunity hubs to encourage social enterprises.

We should promote local support for local businesses and put forward the idea of ‘pop up’ shops was as a way of encouraging local start-ups? 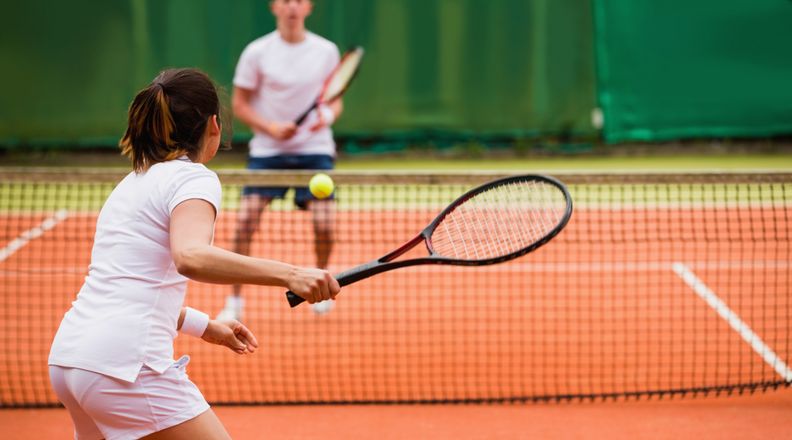 The pandemic has created new opportunities to improve the borough’s leisure facilities with more open-air provision post-Covid-19 rather than new indoor ones.

Funding should be focused on more open-air facilities than indoor ones and new opportunities were being presented to improve the borough.

The building of a multi-screen cinema and office space in South Shields town centre is questionable, given the current situation and should be revisited by the council. Some residents believe South Shields does not need another cinema and that the proposal represents unfair competition to Customs House.

We propose to host a voting facility on the ‘365 plan’. CAST will ask whether people want it and if not, what the funding should be spent on.

CAST will work with others to promote existing independent local facilities like the Customs House and support local initiatives.

South Tyneside has some great leisure activities but many residents feel that they are not advertised. Often the price of activities is prohibitive for larger families. We will support campaigns to make them affordable.

There is a clear absence of modern youth clubs in South Tyneside. CAST will support campaigns for more facilities for post-school age young people as a way of combating perceived anti-social behaviour. 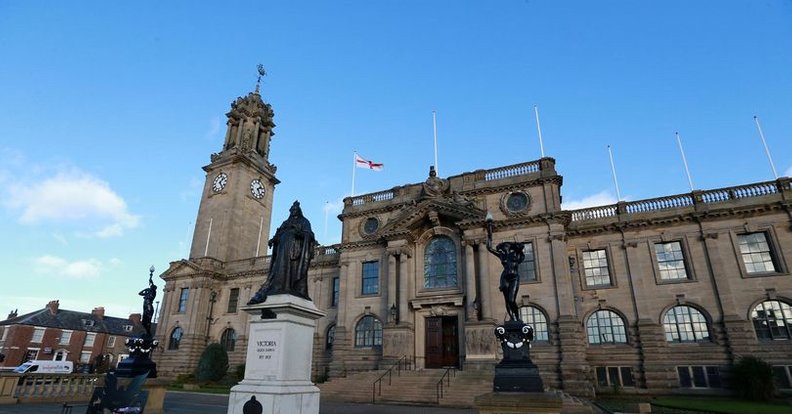 Our consultation confirmed that there is widespread disillusionment with the absence of an effective democratic process in South Tyneside. The local council leadership is the focus for sustained criticism for a perceived lack of accountability and transparency. The local National Health Service stands accused of forcing through significant reductions in treatment in the face of popular opposition.

The council is based on the ‘strong leader’ cabinet model, meaning the Leader of the Council has the final executive decision. As to the scrutiny committee, that is chaired by the Labour Whip and Deputy Whip. Community Area Forum meetings are difficult to access due to times and locations.

Lack of online engagement during the pandemic is blamed on ‘technical difficulties’. But there are widespread concerns that this is the result of a deliberate political decision.

What do you think? Let us know below or email peoples.manifesto@assembly.org.uk

CAST will investigate the ‘Sheffield model’ as a possible alternative. Over 25,000 people in Sheffield signed a petition calling for a switch to the Modern Committee System, enough to trigger a referendum which has been held up by the pandemic.

We will also campaign for new methods of digital democracy, including online voting, electronic engagement and extending representation as a means of making decision-making both more inclusive and democratic.

CAST will also help build awareness of council processes as a way of facilitating higher levels of engagement. We will work with other to produce easy-to-read guides.

Campaigning for a referendum on a key issue is another possibility we should take seriously. A petition signed by 5% of registered voters is the threshold for a referendum. We should support all such initiatives.

The absence of democracy within the NHS is a national issue and by no means limited to South Tyneside. There is a general impression of a bureaucratic leadership being more concerned with business plans than healthcare needs. There are also questions and concerns about the lack of transparency in the awarding of contractors.

Locally, public input via the Board of Governors is ignored by the Trust bureaucracy. Also, requests to stream committee meetings have been denied.