So should you send your child to school? 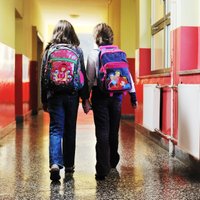 The government wants primary schools to start reopening from June 1 even though it is far from certain that the Coronavirus pandemic is under control. You have to ask, why all the rush, especially in areas where infections are still high?

The decision to begin reopening schools came after the reproduction, or R number - the number of people that one infected person will pass the virus on to, on average came down across every part of the UK. But research shows that it varies across the country - it has come down most in London but is higher in the north-east.

Education Secretary Gavin Williamson has said that the government's approach was based on the "best scientific advice, with children at the very heart of everything we do". Other ministers have claimed that children are losing out on their education and need to be back in school.

Not everyone agrees with Williamson. The decision has drawn fierce opposition from councils in the north of England. Calderdale Council, in West Yorkshire, followed by Bury, Liverpool and Hartlepool in advising its schools against wider reopening. Leeds City Council said it would not expect all its schools to reopen to all pupils 'from day one'. A BBC survey found only one in four councils were advising schools to open on June 1. The National Education Union has set out five tests that should be met before schools reopen. They include much lower numbers of Covid-19 cases, a national plan for social distancing, regular testing of all children and staff and protection for vulnerable children. Another teaching union, the NASUWT, says it remained "unconvinced" that reopening schools was "appropriate or practicable". My experience is that many school leaders and governors are reluctant to reopen their schools for a variety of reasons but find it difficult to resist government or local authority pressure to do so. Yet the reopening plans are full of problems.

The government wants class sizes of no more than 15 (which would be a great thing to have on a permanent basis as classes are usually double that). To achieve that, pupils will effectively only get two days schooling, with another day reserved for cleaning. So there’s no way they will receive the usual standard of education. Schools are supposed to reopen for reception, year 1 and year 6 children, with parents given the option of sending their offspring back or not. But how on earth do you keep four and five-year olds in reception and year 1 apart from each other? Adults find it hard enough to practice ‘social distancing’. So there’s no way toddlers can. They love playing together, whatever a teacher might say!

While children do seem to be less at risk, all it needs is for one child or teacher to fall ill with the virus and the whole school would probably have to shut for at least two weeks. So, why the rush?

Clearly, parents are torn about sending their young children back. Some would welcome the chance to go back to work – which many suspect is the government’s real motive – but are worried about the risks. Even though schools will have to stagger starting times, it may still mean lots of parents gathering around the school entrance, which is hardly good for social distancing. So there’s a lot to think about, including how decisions are made by central government and local authorities. There’s no escaping the feeling that it all comes down from high up with local people left to worry about what to do next.

Another good reason to build the Citizens Assembly South Tyneside!